The landscapes of Langhe-Roero and Monferrato vineyards are part of the Unesco World Heritage Sites.
The landscape is a resource that belongs to all, a natural and cultural legacy that at the same time, is a living system in continuous evolution, resulting from the relationship between nature and man's labour. The rural landscape in particular is the result of the territories' calling, its limiting factors and its potentiality as well as technical peculiarities and methods used by man to produce.
The role the landscape plays has become the centre of territorial policies, so that in the end, its values and cultural identities are preserved as well. It is for this reason that in 2009, the Regional Office of Piedmont has nominated the landscape of the vineyards of Langhe-Roero and Monferrato to become a World Heritage Site of the UNESCO. The nomination was accepted on the 22nd of June 2014 with the following motivation: "The cultural landscape of the vineyards of Langhe-Roero of Piedmont and those of Monferrato are an exceptional living testimony of the historical tradition of grape growing and wine processing in a social and rural context based on the culture of wine. A wide variety of products and infrastructure linked to grape growing and marketing of wines gives testimony to their history. The vineyards of Langhe-Roero and Monferrato are also an outstanding example of man's interaction with his natural environment: because of its long and constant evolution of techniques and viticulture know-how, it has achieved the best possible adaptation from the vines to the characteristics of the soil and climate, to become an international reference point. The vineyard landscapes of Langhe-Roero and Monferrato embody the archetype of the European vineyard landscape for their great aesthetic quality".
The vineyard landscape of Langhe-Roero and Monferrato are made up of six areas of excellence extending 10,789 hectares throughout 29 municipalities found within the borders of the Provinces of Alessandria, Asti and Cuneo (three in the district of the Langhe, two in that of Upper Monferrrato and one in Lower Monferrato). The site is characterized by a rich and diversified system of farm houses, wineries, oenological industries, public cellars, and public and private wine shops that in some cases are considered landmarks for their history and grape growing development and national and international wine making. There are also structures that are "vernacular" in nature, like the "infernot" dug into the Cantone Stone, intended for the conservation of the finest wine.
The UNESCO site is protected by a system of safeguards that includes different scales of territorial planning, as well as national protection laws in addition to the regional projects such as the First Landscape plan of Piedmont, adopted by the Regional Council with D.G.R. n. 53-11975 of 4 August 2009, with the recognition of 76 landscapes based on their important characteristics and factors of differentiation most relevant in the in-depth analysis of all naturalistic, environmental and historic-cultural aspects. 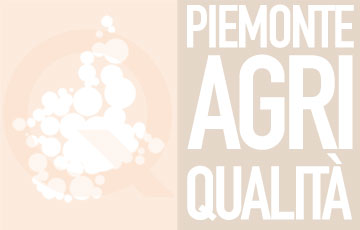